It took a great deal of thought to put this article after the previous one on saving money, should it have gone first? Then I thought no it should be after, if you are beginning to save money, the last thing that you want to do is to have it taken from you by a scammer.

So why beware of the scammer! Those of you who have read my about me page will be aware of the fact that we were scammed some sixteen months ago, losing everything. It taught me a number of things one was be aware that the Bank may not be perfect, if you do lose your money, mine actually could not care less.

Thought that having been scammed by those who are nothing but scum or parasites, that I was in position to write an article to warn others. Appreciate that not all con tricks will be mentioned, but if it makes you aware to be careful, then it will have achieved its objective.

No matter where you are in life, hopefully you will either, have a little saved, starting to save or even like us had a lot saved, this was our retirement fund, what was left when we are no longer here was for the children and grandchildren.

So it is very important that you take care of what you have.

There are a number of scams which I am aware of which are directly related to the scammer using the telephone, I can only list those of which I have personal experience, or am aware of.

You receive a call supposedly from BT telling you that the internet connection is about to be disconnected permanently, then are directed to follow a series of steps to confirm this, in the finish you are then told that the manager will guide you. Next news they ask you to go to team viewer, ready to access your bank account. It is of course a scam. We have been phoned on this a number of times so down the phone goes.

The insurance call, you are asked to give your details over the phone as they say you are entitled to a claim for an accident, or a deceased relative has mentioned you in their will, or anything else that they can think of, to get you to release your Bank details.

The Bank call telling you that someone is trying to remove some money, please check your account, you do so before you know it, it is moved to a new safe account, in fact it has just been lost. Whenever the caller tells you it is the bank get full details before giving them anything, I do not care how good their security is, these people are better. Some banks claim that they have a foolproof system, I can prove they do not, unfortunately they are right, just ask them.

This is a very old scam, but still in use today. You receive a letter telling you that you have either won a large sum of money, or could do, you are then asked to send in your details, this enables them not to send the money as promised but to take yours out instead.

From what I understand this type of scam is often targeted at those who are in the retirement bracket and often likely to need a quick injection of cash.

One that has been rearing its head for a while is TV Licensing, you get an email saying either that it is out-of-date, your payment has failed, or you need a new direct debit completing, I was only concerned as when this started I had only just got my free one, so I contacted the Licensing Authority who confirmed that it was indeed a scam.

Over the years have had a number of requests, purporting to be from the Royal Bank of Scotland regarding my account, never ever had one, so easy to hit the delete button. On a couple of occasions also had one from another bank, cannot remember which one, but again not one that I have used. 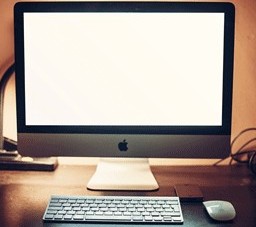 If you get a request from Pay Pal to update your credentials, be wary, check the senders URL, it will be false. Pay Pal use a system that is obvious it is from them. If you reply and give away your details, your money will be gone or spent before you can blink.

Have had requests from persons claiming to be from Amazon, asking for money for goods, which of course I did not order so did not reply, also from one or two other companies have tried it as well, mainly from America. If you press the query button, or cancel the order button, you could be in big trouble. Just delete the mail.

Another favourite is that you get an Email supposedly from one of your contacts saying that they are on holiday somewhere abroad and have had all their cash and cards stolen, can you please send them some money so that they can get home. This is a scam, be very aware of this. Whenever I get one of these I tend to phone the person concerned.

If asked to download or access team viewer, disconnect at once, when this is in operation the other person can see your screen. Very good for the right reasons, as I have used it a lot to enable two of us to sort out problems. When they tried this on me the version of team viewer was very old, eleven I think, I have had twelve for a long time, so smelt the rat and cut the call. The trouble is these people are so believable. 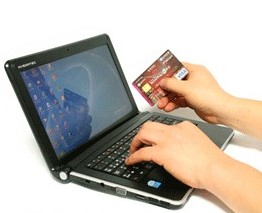 If you are scammed at the bank, please do not think that they will automatically refund you, they will not, I know. The Government in the UK at the moment are at the point of telling Banks that they must now refund such money that has been stolen. We are still dealing with the Financial Ombudsman who have been brilliant so far, it just takes time.

If you are unsure about any requests I suggest that you ignore them, if they are genuine they will contact you again and again, then they should give you real proof of their request and your liability. After all we do forget things sometimes.

Please do leave any comments below.

The next article will be ‘Reasons for having your own website’

2 thoughts on “Be Aware Of The Scammer”